There was only one Northeast Ohio product at the 2017 NBPA Top 100 Camp. In a camp that was led by former Cavs coach John Lucas as director, the Top 100 Camp blended basketball education with competitive games on the hardwood. Campers learned from the likes of ex-Cav Ricky Davis, Rajon Rondo, and Jason Terry how to deal with life in the league, both on and off the court. Other not so famous former Cavaliers were getting a taste of coaching the nation's finest prospects, too. Lee Nailon, Andre Barrett, and Milt Pilacio all had a cup of coffee in Cleveland over a decade ago and it was definitely great to see them spreading knowledge to the next in line from Cleveland: Pete Nance. 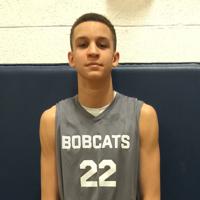 The camp setting in Charlottesville wasn't necessarily conducive to a player like Nance, or any big for that matter. Playing alongside a number of talented (yet extremely ball dominant) guards, there weren't many shots to go around for anyone playing anywhere near the rack. Attempting only 21 shots throughout the camp's seven games, the 6-foot-9 senior finished up the camp with averages of 3 points and 3 rebounds per game. While those numbers may seem quite pedestrian, Pete had some flashes.

Defending a number of positions, the lanky forward showed the versatility and range that he is going to offer at that end for the next level. He switched out on guards, altered shots in the paint, and had no problem getting out to put pressure on the rock. On the offensive end, Nance hit 3 three pointers, finishing with at 50% from the land of three. Some of the more physically put together big men forced him off of the blocks at times and while it is evident that he's going to have to get stronger, any college strength coach will love to work with the 17-year old.

Unlike his brother Larry Jr. (who had just one D-1 offer at the end of his senior year), Pete has actually narrowed his list of college suitors to three: Ohio State, Michigan, and Northwestern. Given the level of academics that all three programs offer, one can tell that this decision isn't just going to be made on the hardwood. All three programs have significant things to offer, too. New Ohio State coach Chris Holtmann has a renewed level of excitement in Columbus. Michigan just developed a skinny 6-foot-8 forward out of California into a first round pick (DJ Wilson). Northwestern is fresh off of it's first NCAA tournament birth EVER.

Regardless of where Pete ultimately winds up, one of those three college coaches will be getting a high upside stretch forward whose best days of basketball are far ahead of him, despite what his numbers at NBPA Top 100 Camp may state.

Maybe I’m tired but I’ve been laughing at this for a good 30 minutes. Someone please watch this 🤣 https://t.co/hd1SPCOAKf

@CoachPenno If you find an alternative route, let me know lol

@CoachPenno I signed up for email alerts on Puma’s site so I get alerts when they drop.