You can see their highlights below via NEO Spotlight:

The anticipated game between Ohio’s top 2018 prospects featured Syracuse commit, Darius Bazley and Indiana commit, Jerome Hunter. Both players had the opportunity to defend each other and possess intriguing tools but didn’t shoot with great efficiency: Bazley (4/11 FG) , Hunter (9/23). Hunter led Pickerington North to victory with 23 points while scoring when they needed it the most. Bazley finished with a double-double with 12 points and 14 rebounds while handling the ball most of the game.

Game of the Weekend 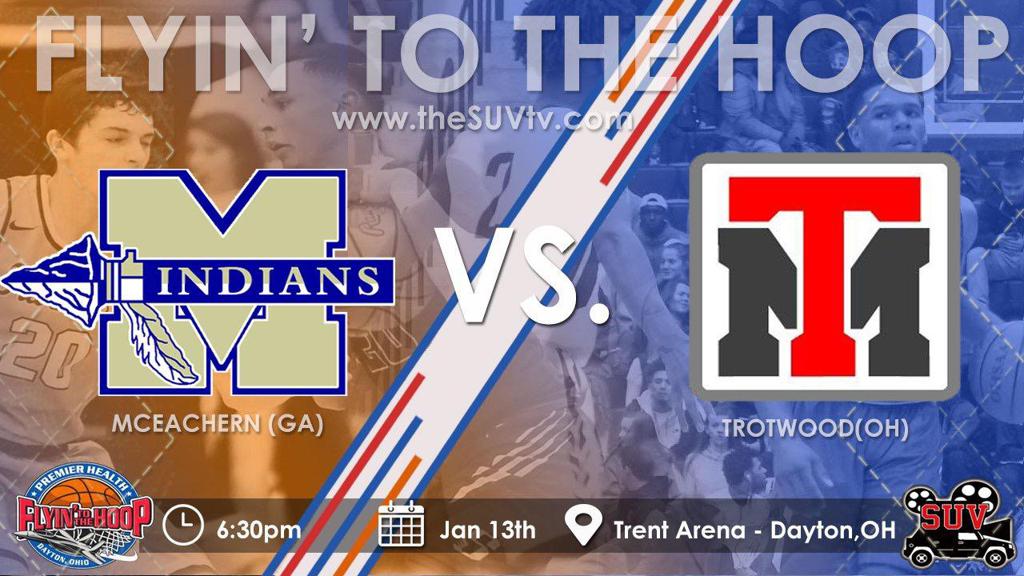 McEachern matched up against Trotwood in the most exciting game of the event. With sophomore Sharife Cooper at the point; shifty ballhandling and drawing fouls highlighted his performance with 23 points. Isaac Okoro brought the excitement with his explosive athleticism and efficient shooting, going 11/13 from the floor with 25 points. Auburn’s newest commit, Babatunde Akingbola isn’t much of an offensive threat but serves as the defensive anchor with two blocks and redirected the opposition out of the paint. Trotwood played close until the final minutes of the game, with Okoro bringing the crowd to their feet with a string of dunks to close the game out.

There was no need for a shot clock in this one. The uptempo style of play that Trotwood is accustomed to playing was put to the test against one of the nation's top teams. After a corner three from junior Amari Davis dropped in right before the first half buzzer, Trotwood held onto a 39-36 lead. Davis was great, finishing with 24 points, but he received some major contributions from Myles Belyeu and Justin Stephens who combined for 36 points and 19 rebounds. Inevitably, the high-end talent of McEachern would prove to be too much for the Rams down the stretch but this loss should serve as a benchmark for Trotwood moving forward.

The Fighting Irish Are Battle Tested

St. Vincent-St. Mary is currently 14 games into their season and while they sit at 8-6, Coach Dru Joyce and company have nothing to hang their heads about. Senior Scott Walter has led a young group that consists mostly of freshmen and juniors.  Last Sunday's game, similar to their matchup with Trotwood back on 12/9, was a regular season game with postseason implications.

The Irish overcame a first-half deficit and a 33-point game from Fairland's Kollin Van Horn to pull off a 81-79 win. Walter had about as an efficient  game as you would like from your lead guard, finishing with 22 points (7/8 FG), 8 rebounds, and 5 assists.

The momentum swing took place in the second half as freshman Seth Wilson knocked in 12 of his 18 points, helping his team outscore Fairland 22-14 in the third quarter and build on what has continued to be a solid first year for the 6'1 combo guard.

The grind doesn't stop as SVSM faces Warrensville Heights, Cleveland Central Catholic, and Archbishop Hoban in their next three outings.

Flyin to the Hoop brings many of the top hoop prospects from across the country to play. This year was no different, but it also brought several nationally rated football prospects to the event as well.

One of these dual sport standouts was a freshman for Pickerington North named Jack Sawyer. Sawyer is an extremely tough freshman who has high major football written all over him. The 6'4 forward is as physically gifted as a freshman as you'll see and looks like a senior who is preparing to step foot on a college campus for Spring training camp. Sawyer finished with 13 points on 5/7 shooting, and grabbed 3 rebounds as well.

Some other players that have football futures would be Cleveland Heights duo Tyreke Smith and LeMaro Smith (Buffalo commit), Leonard Taylor from Springfield, and Sidney's Andre Gordon. Tyreke Smith is an Ohio State pledge who is a consensus top 100 prospect in the country. He finished with 17 points and 8 rebounds and showed off a great blend of strength, skill, and mobility to be an effective, multi-positional player at the high school level. He is only 6’4 but plays much bigger than that for the Tigers.

Taylor is a former Michigan football commit, but has since re-opened his recruitment. He is one of the top available prospects in the Midwest. On the court, Taylor frequently matched up against Smith in what turned out to be the most competitive game on Sunday. Taylor stands at around 6’7 and was a legitimate inside-out problem for Cleveland Heights.

Gordon Turns it on Late

6’1 combo guard Andre Gordon was perhaps the best two sport prospect throughout the weekend. He already has an Iowa State football offer, along with a slew of other programs showing interest. He is considered a 3-star dual threat quarterback via 247Sports.

Several in-state mid-major programs have extended offers but Grand Canyon (AZ) was the latest to reach out following his performance against Versailles. Gordon frequently matched up against Ohio State signee Justin Ahrens, and although Ahrens’ team got the win and he had a game high 26 points, Gordon and Sidney forced Ahrens to take an eye watering 29 shots.

Gordon struggled in the first half, but had a big second half to keep the game competitive. He finished with 20 points on 10/23 shooting. He was comfortable creating his own shot and has a ton of elevation his pull-ups. His ability to change directions with the ball are remarkably quick and it allowed him to consistently get space.